(in association with PEI Developers)

March 4, 2017, was International Open Data Day, a day intended to promote Open Data across Canada and around the globe through various hackathons, seminars, and presentations.

Here on PEI, organizers from PEI Devs and the Open Data Book Club teamed up to hold the PEI Open Data Hackathon at the Startup Zone in Charlottetown.

The event was sponsored by:

Thanks very much for your support!

Organizers included: team lead Sean Whalley, Evan Porter, and Josh Biggley. Thanks for making the day happen! Thanks too to the super-helpful staff at the Startup Zone. 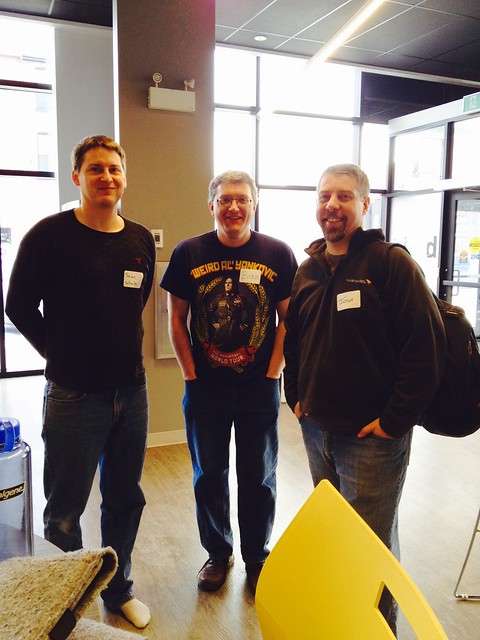 Here is a full album of photos from the day (check out the captions for details). We had three teams and, thanks to the easy access of the Startup Zone, an impromptu open-house with visitors from government and the tech community.

Below is a recap of efforts by the various teams. 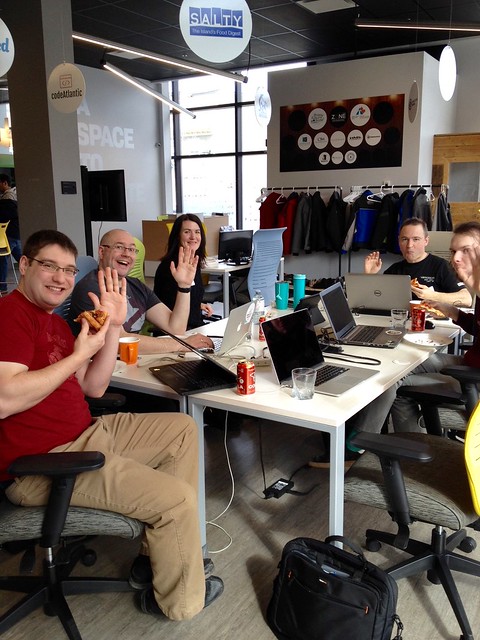 The end-result was an increased awareness of data-sets and interaction on social media with kindred spirits in Ottawa.

The pitch: imagine an app that compares distance and current wait-times of PEI Emergency Rooms, so that the user can make an informed decision about which one to choose.

The team wrote a prototype web application that scraped data from a gov’t web page (below), and provides comparison graphs to the user. 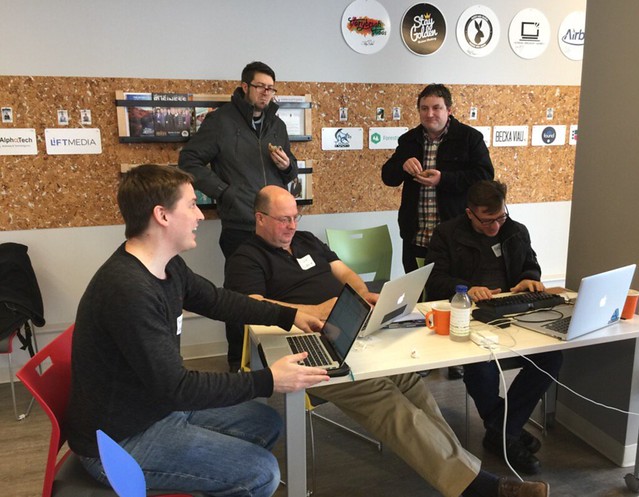 Our event was not restricted to Open Data projects: folks were invited to simply come and hack on a project as well. In that spirit, Team Space Battle wrote a game that must be seen to be believed. The image of the villain ultimately comes from a webcam on laptop. That’s right: the game-play is to shoot lasers at your friend ! This explains the maniacal laughter and cheer that came from their table. 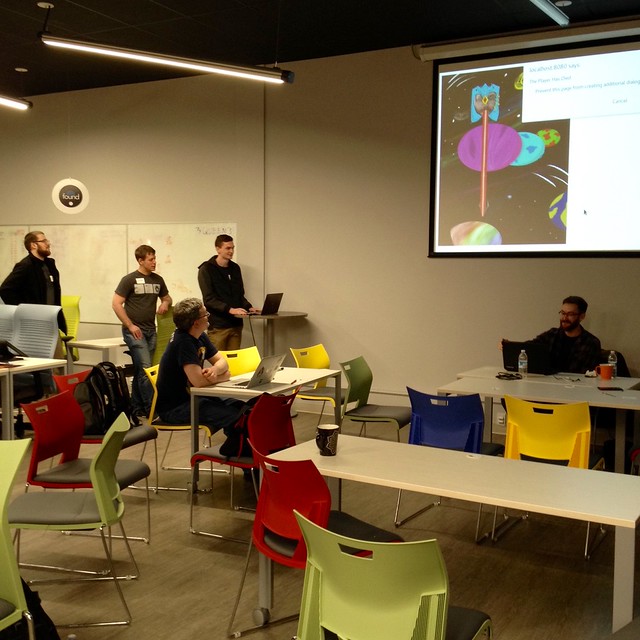 Thanks again to the sponsors, organizers, visitors, and especially attendees! With your efforts, we continue to raise the visibility of the Open Data movement here on Prince Edward Island.